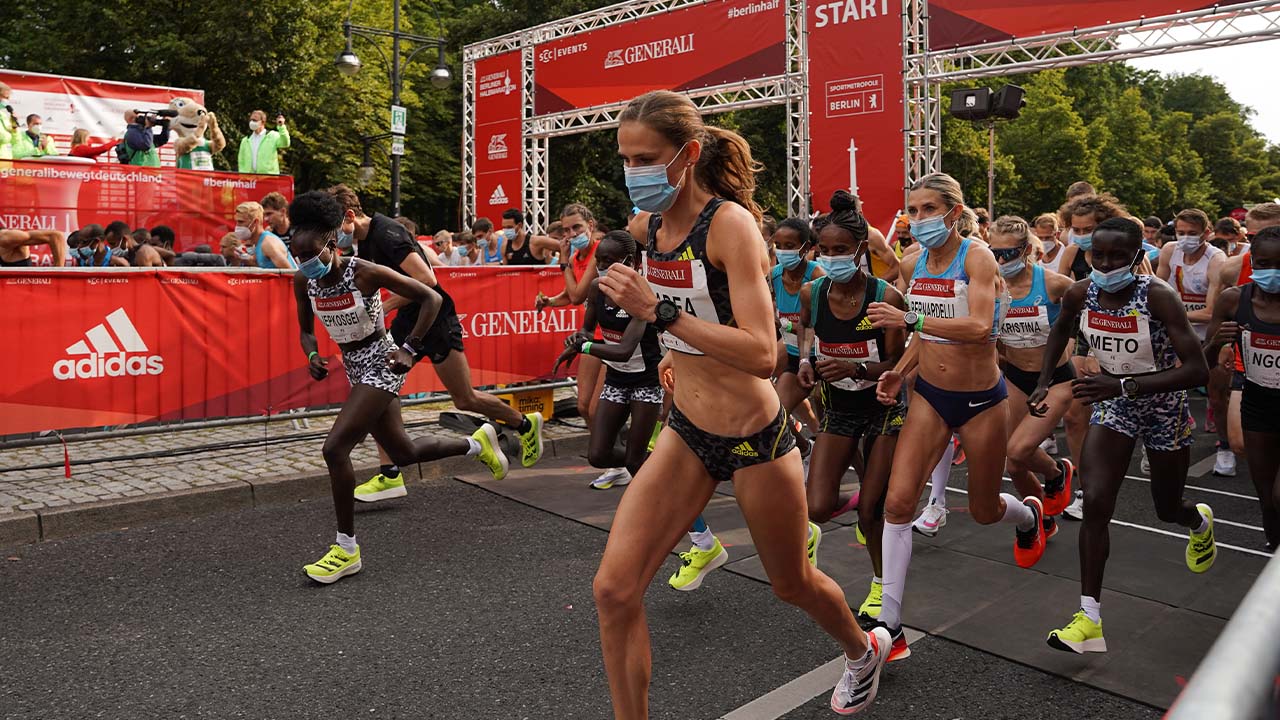 An eventful year for the Top4Running community is coming to an end. We were able to accompany numerous sports highlights such as the German Athletics Championships, the Berlin Marathon or the European Cross Country Championships. Another highlight: we finally opened our own flag store in Berlin, Germany in August!

An eventful year for the Top4Running community is coming to an end. We were able to accompany numerous sports highlights such as the German Athletics Championships, the Berlin Marathon or the European Cross Country Championships. Another highlight: we finally opened our own flag store in Berlin, Germany in August!

In January, we were the very first running store to launch an athletics collection together with Nike. The exclusive collection is only available in the Top4Running Store. We were able to convince Nele Weßel and Julius Lawnik with the innovative outfits even before the launch. The heart of our collection? Every runner should feel comfortable in his competition outfit. If that occurs, you'll be able to perform at your very best. 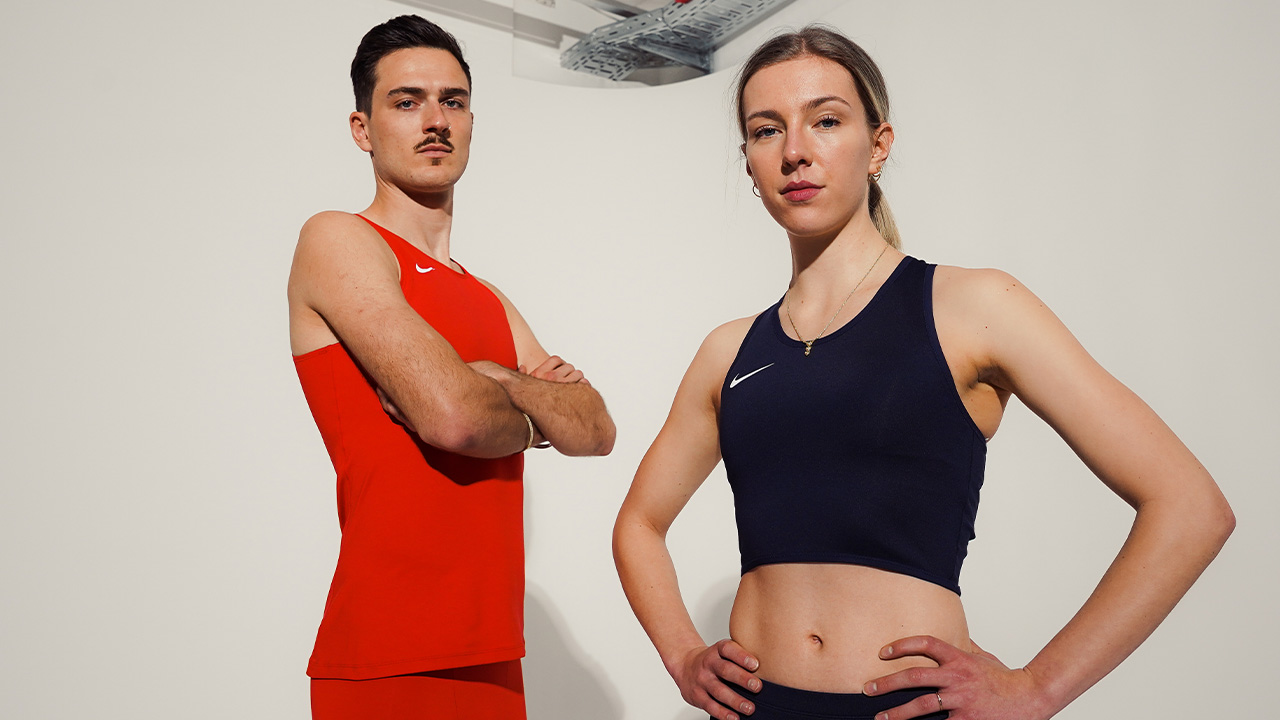 The German Indoor Championships in Dortmund took place in February under strict hygiene regulations. Unfortunately, only a small elite field of starters was allowed and spectators weren't allowed at all.

Our Top4Running ambassadors Djamila Böhm, Nele Weßel, Jana Reinert and Karl Bebendorf were able to qualify despite the difficult conditions and successfully competed in different disciplines: Djamila over the 400m and thus the shortest distance, Nele and Jana were competitors at the 800m start. Nele narrowly missed out on a medal with a fantastic fourth place. Karl made it onto the podium, winning a bronze medal in the 1500m. 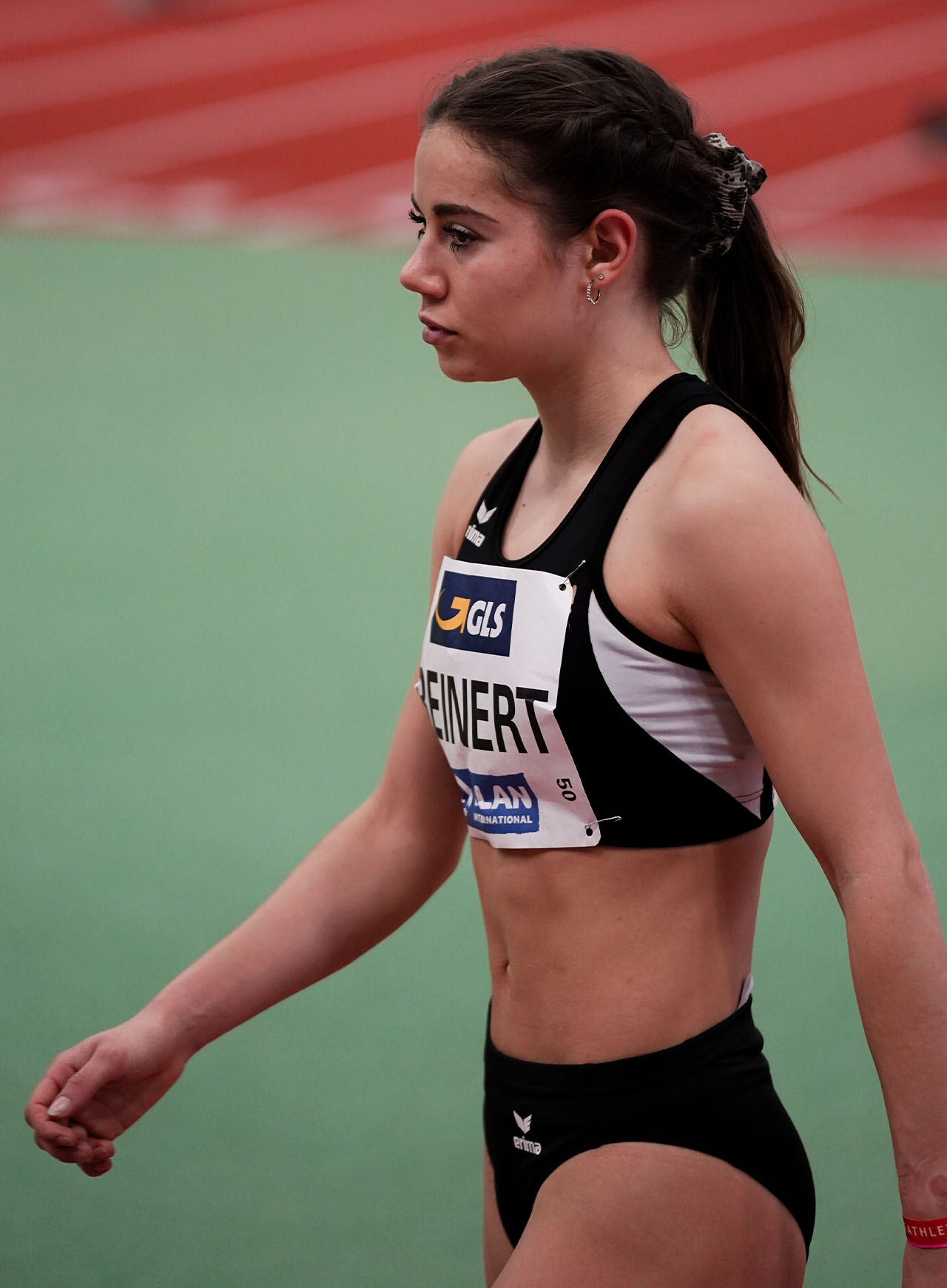 The Menstrual Cycle and Competitive Sports

In March, ASICS launched the Sakura collection, an exclusive collection for women. Sakura is Japanese and means the cherry blossom, the collection is based on their colours. Top4Running took this collection as an opportunity to shoot the first female-focused campaign with Djamila Böhm. In the produced video, our Top4Running ambassador talks about a topic that has received far too little attention til today:The role of the menstrual cycle in the life of an athlete. Djamila is a competitive athlete, she explains how she manages to balance her period and sport.

The German Championships in Braunschweig could take place in front of an audience, a little feeling of normality. Although there was only a very small, limited contingent of spectators, this did not dampen the atmosphere in the stadium.

Our four top ambassadors Djamila Böhm, Nele Weßel, Jana Reinert and Karl Bebendorf all qualified for the German Outdoor Championships. Karl achieved the big coup: he was sensationally crowned German champion in the 3000m steeplechase, Djamila won the bronze medal in the 400m hurdles. Again, Florian Kurrasch was there as an official photographer and was able to capture emotional shots for the Top4Running community. 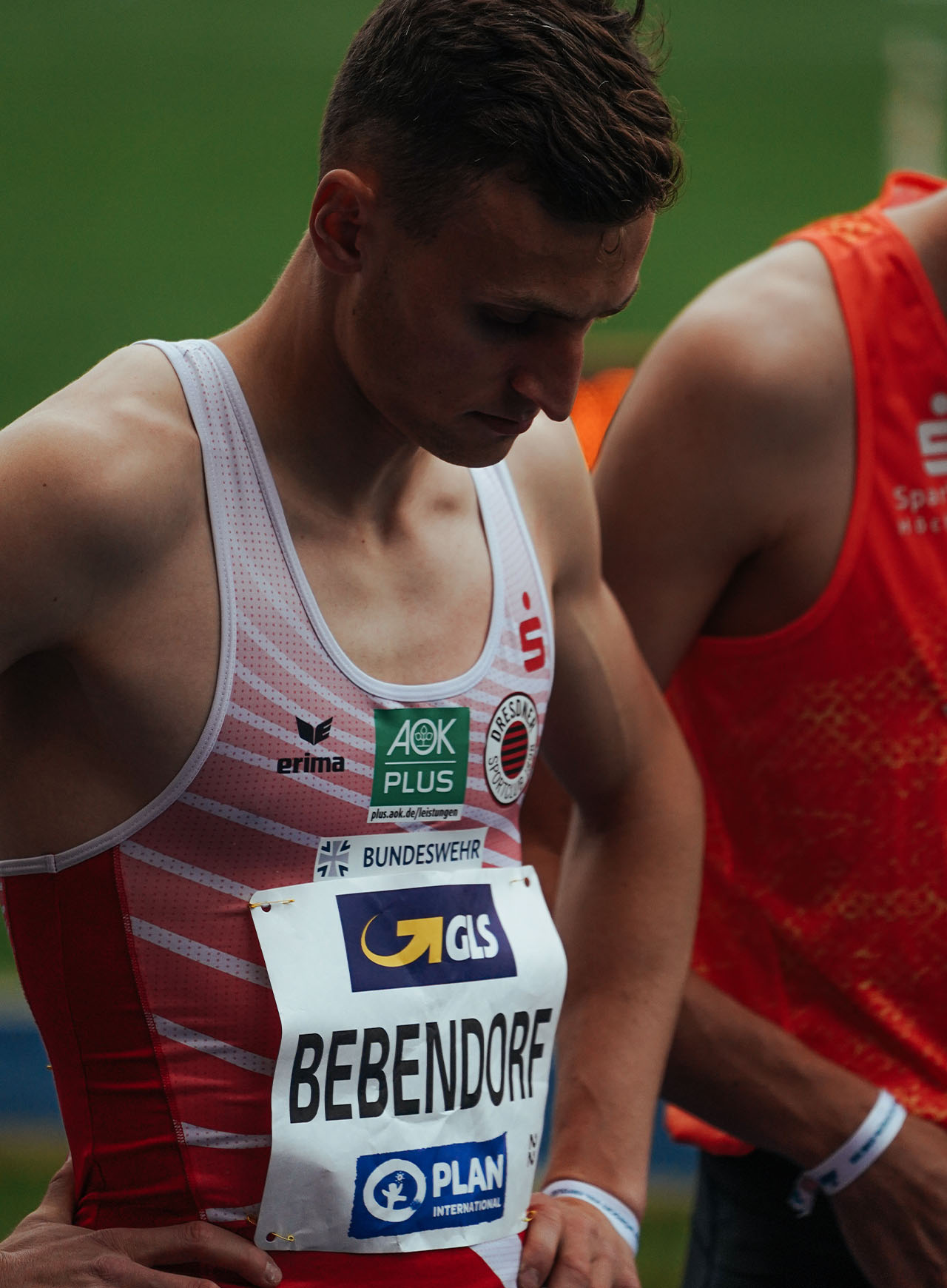 In July we were finally able to release our very first brand campaign. It allowed us to show who we are and what Top4Running is about: a running community united by runners from different countries around the world, united on the track, on the road or trails. We unleash the mighty power of the team that enables everyone to get faster. No matter where you start. 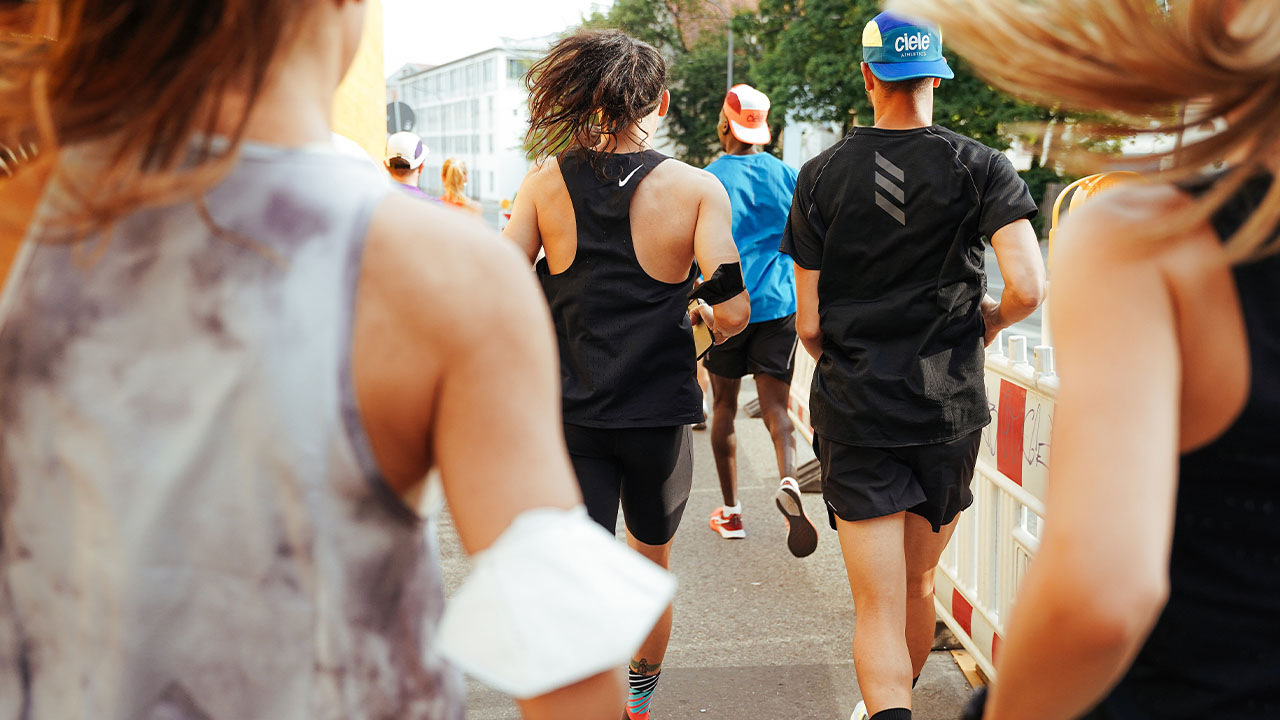 In August we shooted in Paris with adidas. What was it all about? The fast Adidas Adizero family! Which continues to expand. See exclusive impressions from the shoot in the video: 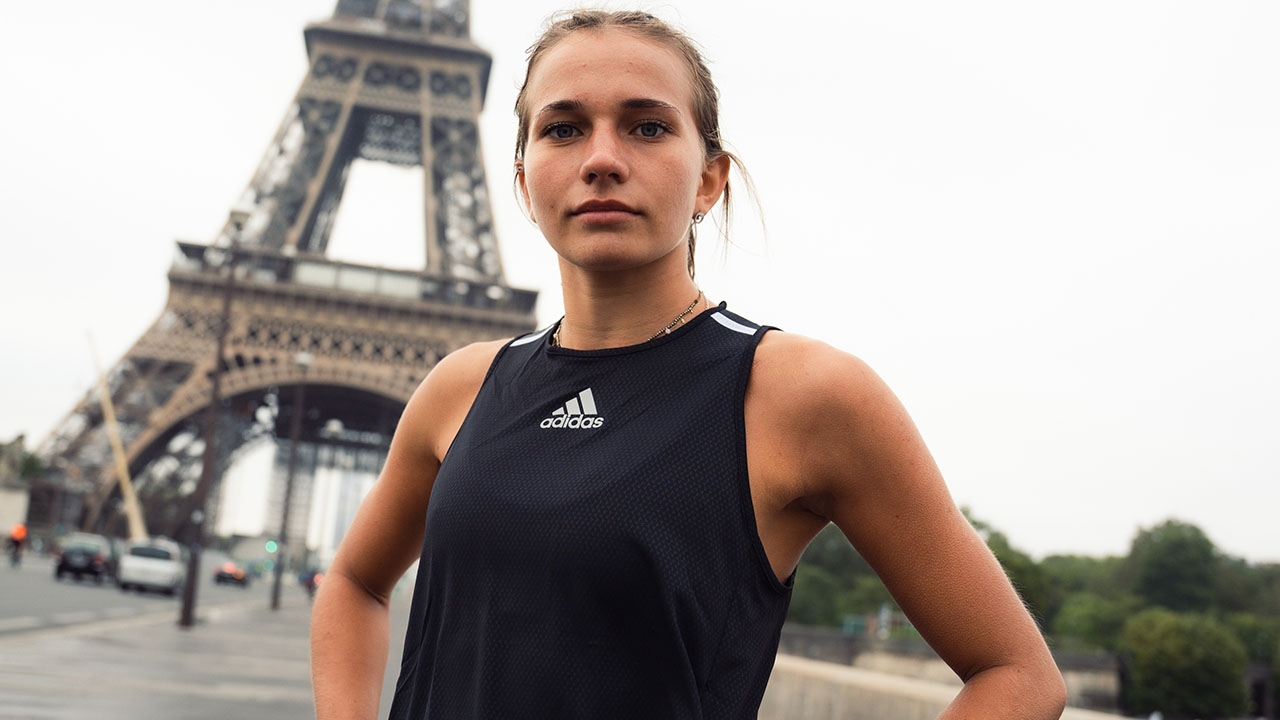 Since August, you spot our flagstore in Berlin: try on the latest running shoes, spikes and running outfits. We celebrated the store opening with a shakeout run with the Berlin Track Club. The centrepiece of the store? Our Currex 5D Lab! This takes your running analysis to a new level. You should definitely stop by to get the most out of your running shoes and running technique. 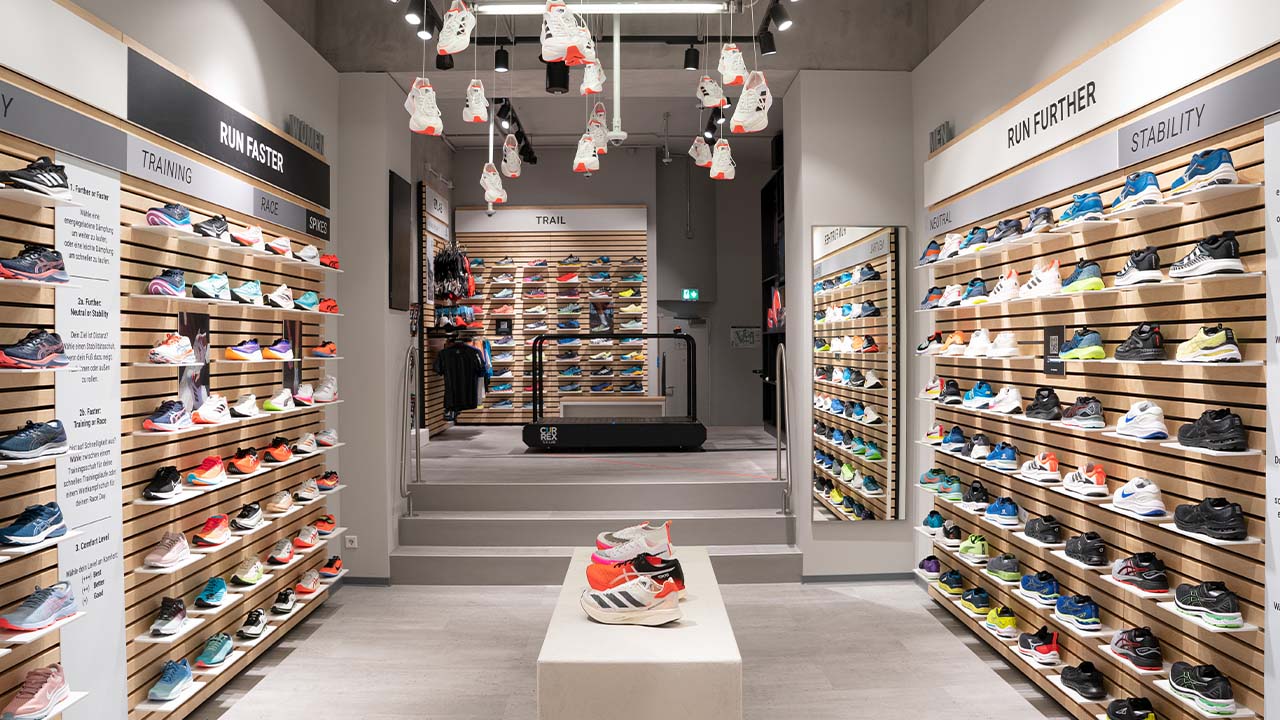 The half marathon in the German capital is calling! And what a day it was! A total of 15,096 starters from 130 different countries were present, 14,508 of them runners. The Kenyan Joyciline Jepkosgei set a new spectacular course record in 65:16 minutes. In the men''s race, Kenya's Felix Kipkoech even ran the fastest time of the year to date for the half marathon distance in 58:57 minutes.

With Lisa Rihm, Tom Gröschl und Xavi Fernandez, we had three of our top ambassadors at the starting line. And they all ran personal bests! That speaks for the Berlin Half Marathon, the course and especially the atmosphere! 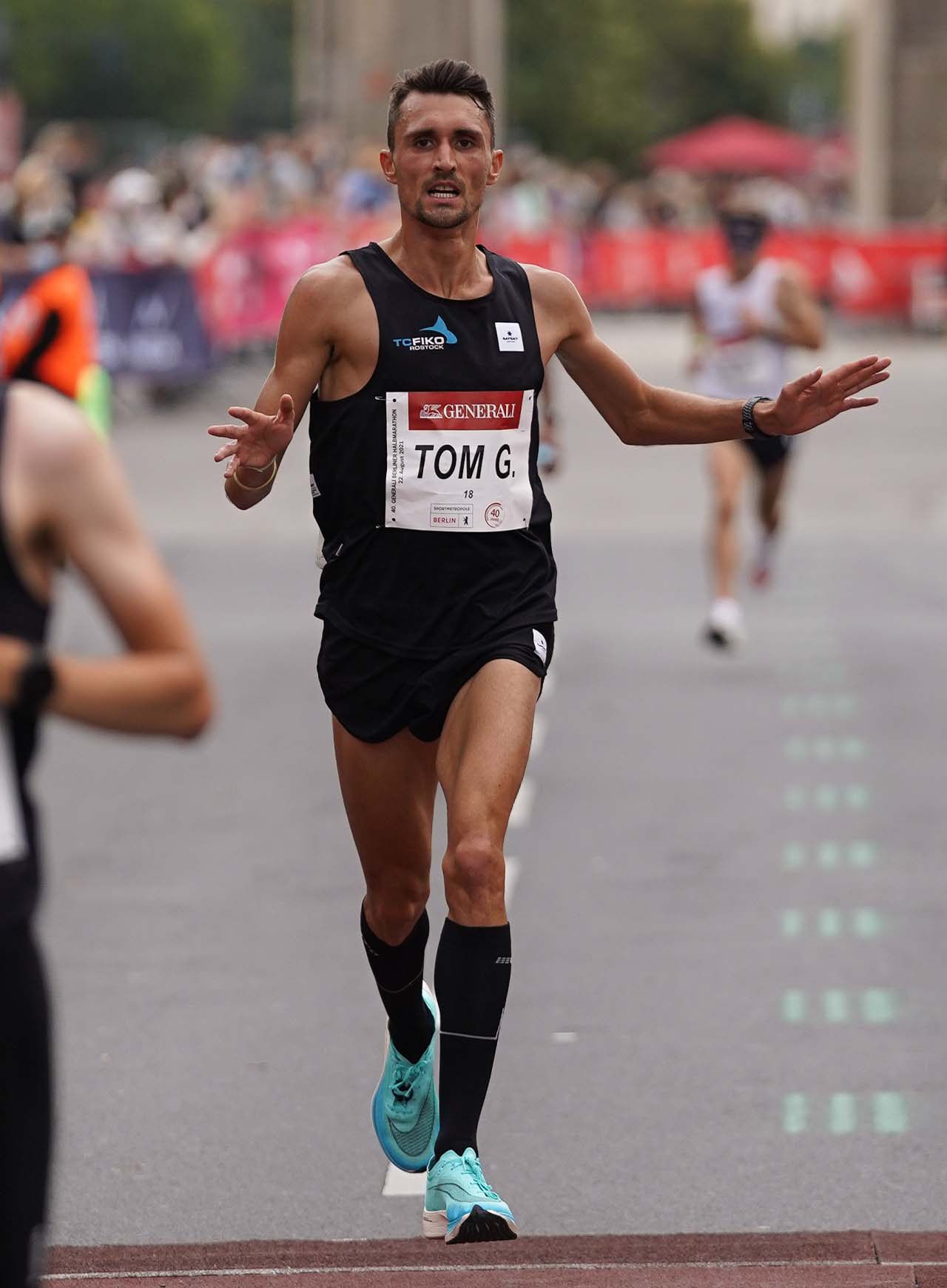 The final of the Diamond League is coming up! Who will win the jackpot, take home the trophy and the money? A total of 2.1 million euros in prize money awaits the athletics stars!
Thanks Puma for having us! Together with the running brand, we could capture the evening for our Top4Running-Community. 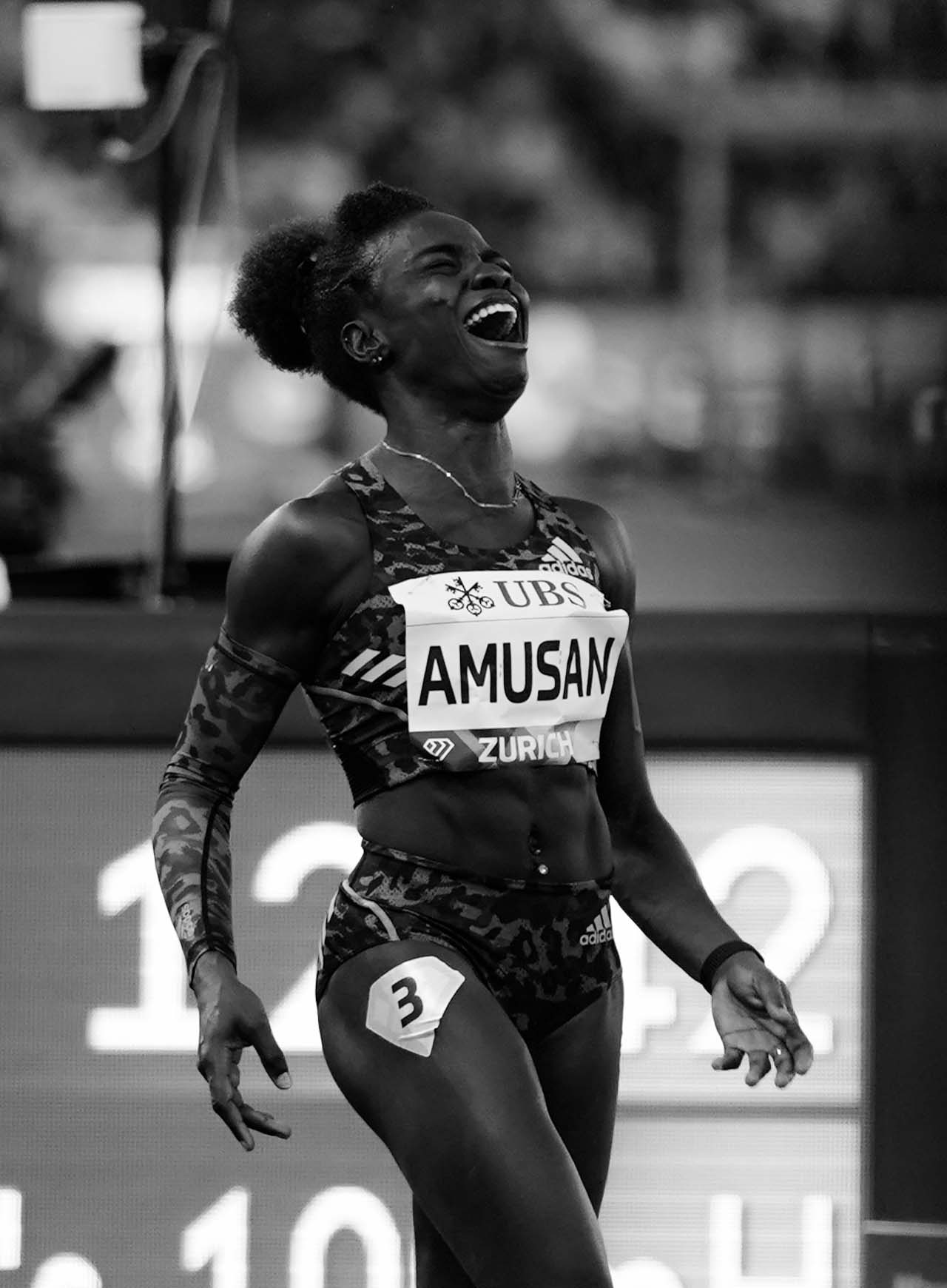 This month we had another Top4Running highlight: The Vlatava Run! "Our run" covers 360 kilometres, starting in Šumava in the southern Czech Republic to Prague. It will take you along trails over country roads, through the Šumava National Park, alongside rivers and on trails. You'll have a fascinating view from the hills, running down into the valley and through historic towns in southern and central Bohemia. You'll run during the day, but also at night - a unique experience!

The enormous distance is run as a relay team, with 8 runners per team, maximum 12. Of course, we had a team of international ambassadors at the starting line with Jan Kürsten, Sassimoves, Iva Kopkova and Xavi Fernandez. Did you know? Top4Running was founded in the Czech Republic. 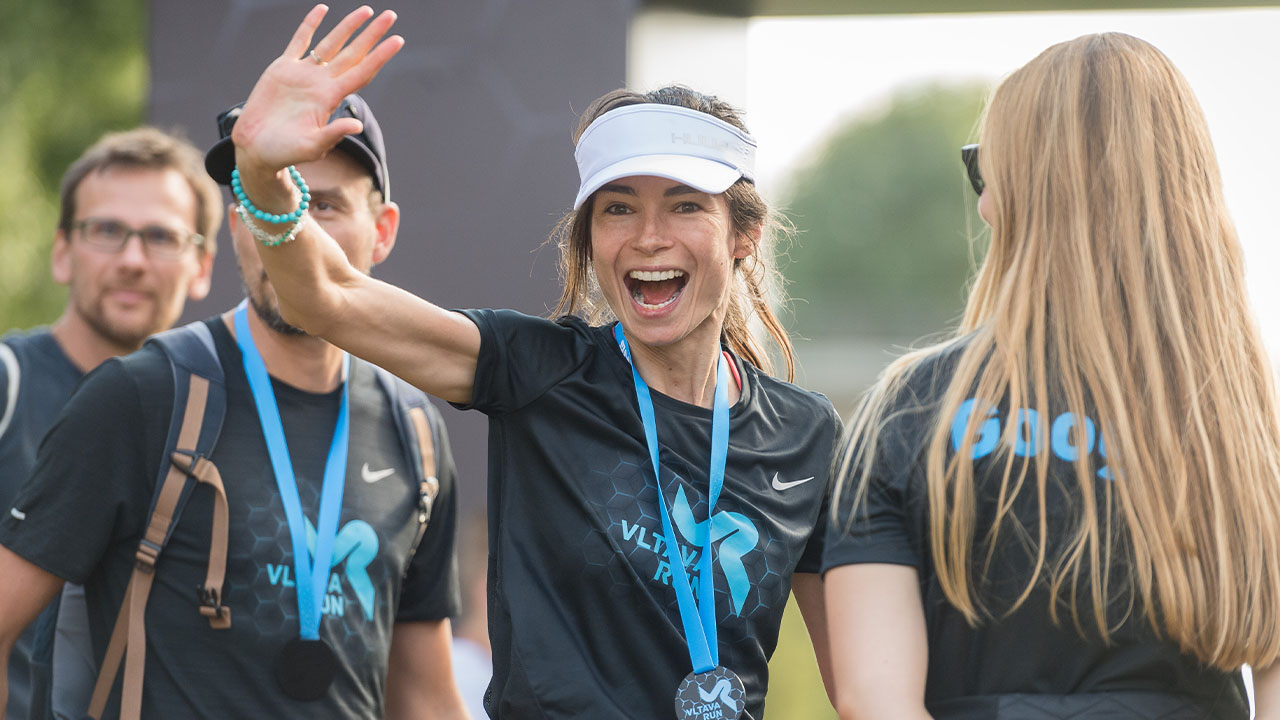 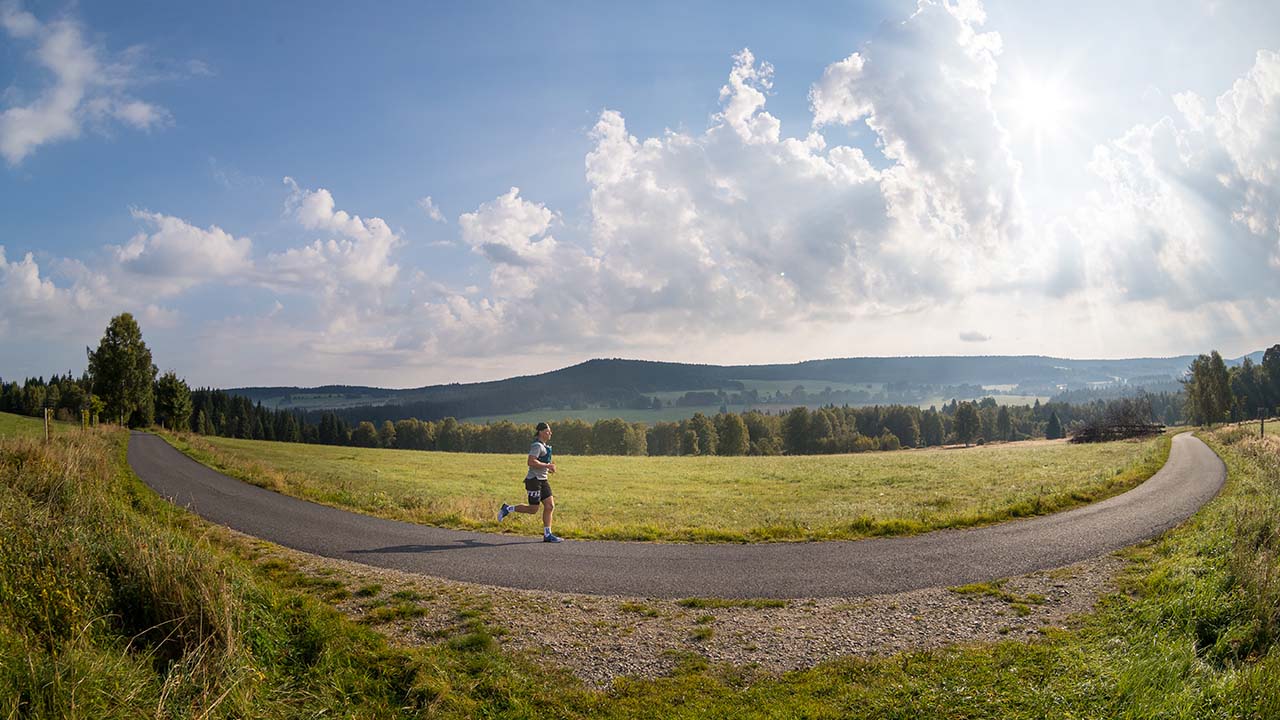 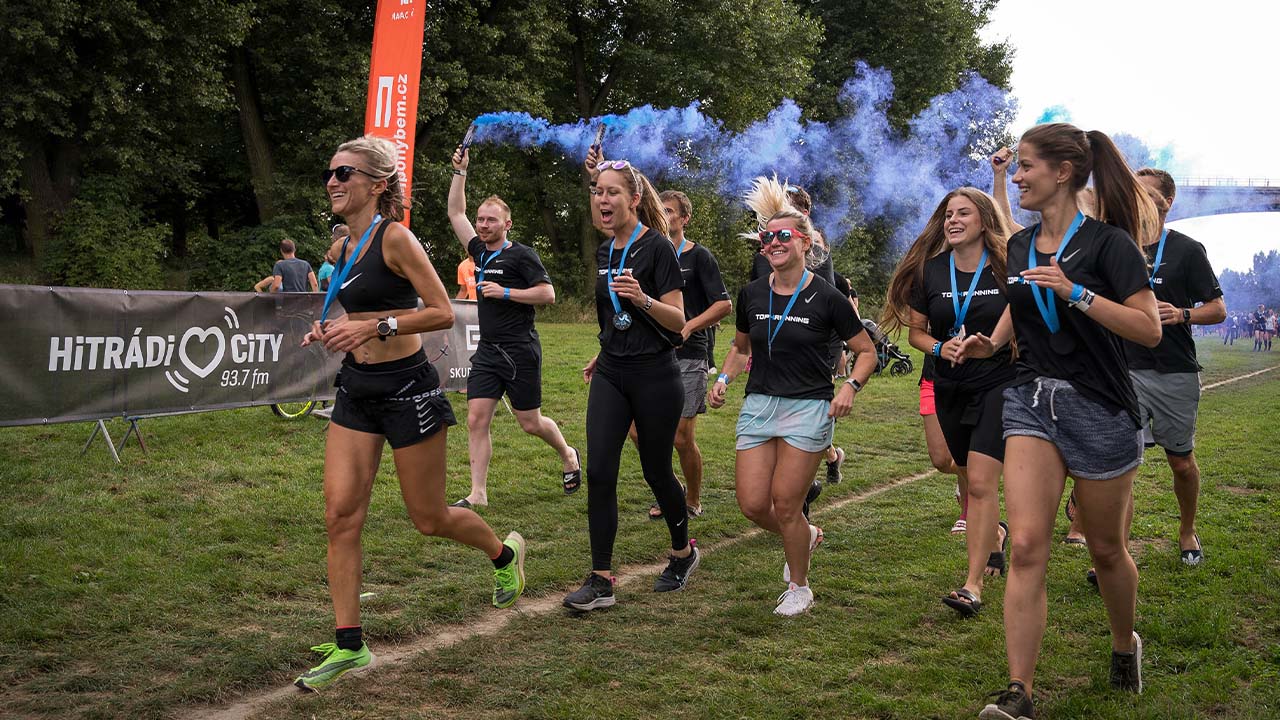 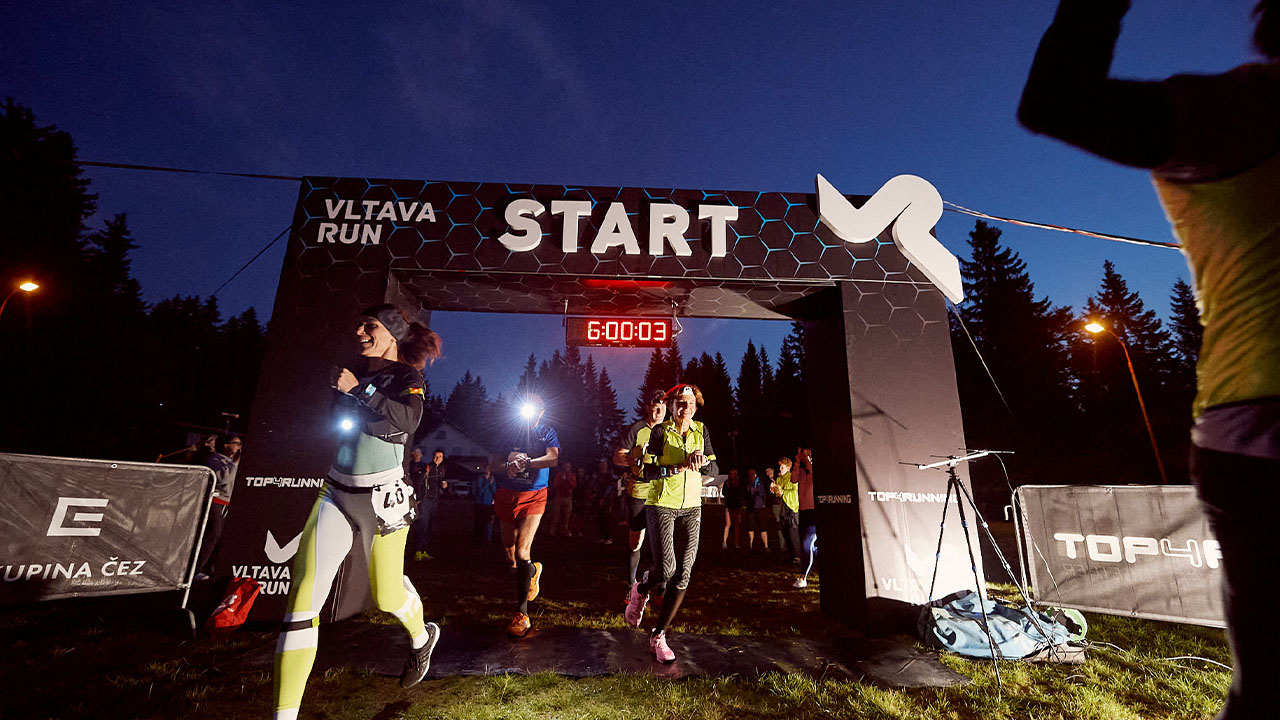 With the credo #restartrunning, the starting signal was given at the Berlin Marathon! A real highlight on the marathon courses of this world. Not least thanks to Eliud Kipchoge, who set a new world record on the marathon 2018 in Berlin in 2:01:39 hours.

This year, the Berlin marathon was also the world's largest marathon since the beginning of the corona pandemic. In almost perfect running conditions with sunshine and 18 degrees, it was time to hit the course for a total of 24,796 participants.

Our Top4Running Ambassador Lisa Rihm set her next personal best in 2:53 hours. Congratulations for this achievement from the entire Top4Running community! In addition to that, our partners Vaporflyworldwide from the UK also travelled to Berlin for their marathon debut. 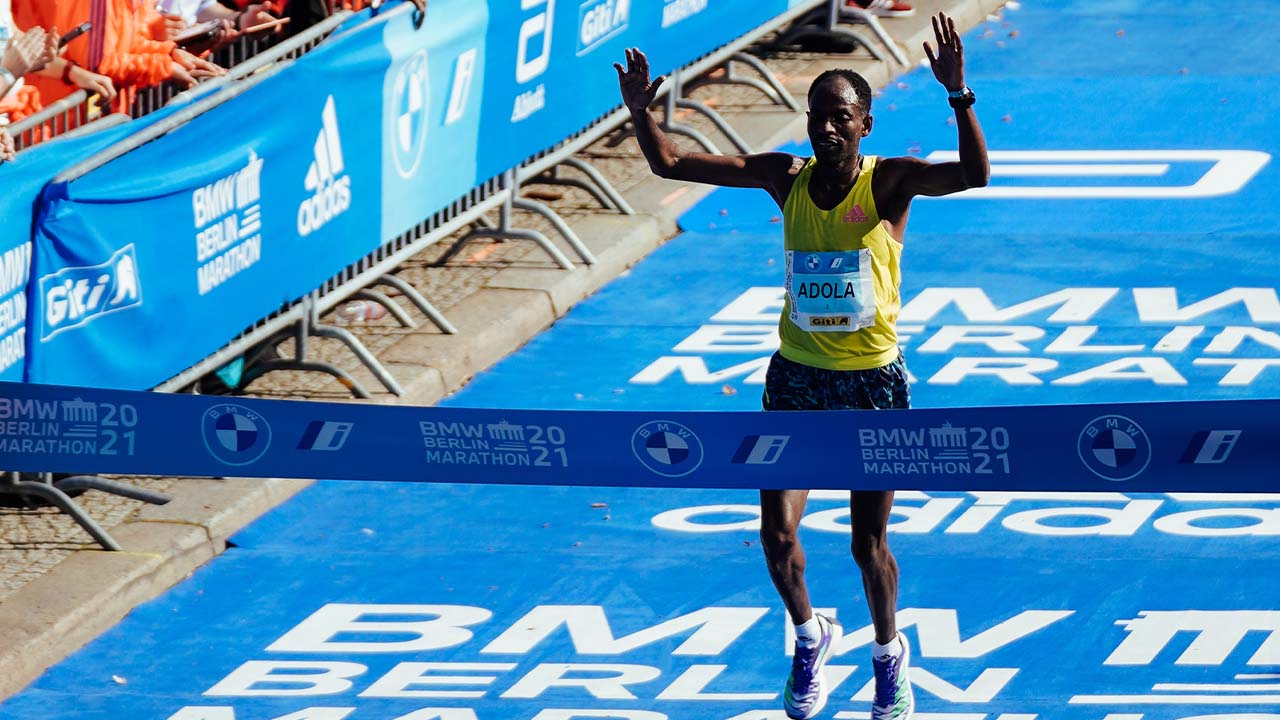 Click here for the video to feel the special atmosphere.

The best German at the Berlin Marathon was Philipp Pflieger, who finished in 2:15:01 hours and a great 16th place in a strong field. One day after the marathon, he came to our Top4Running store together with the founder of Icylence Alex Siegmund and gave us a glimpse behind the scenes of a top marathoner:

How did he train for the marathon in Berlin? What does a race day look like? Is his work day done or are there still any commitments when he reaches the finish line? He took us along through his day and emotions, but also gave us insides about his equipment. 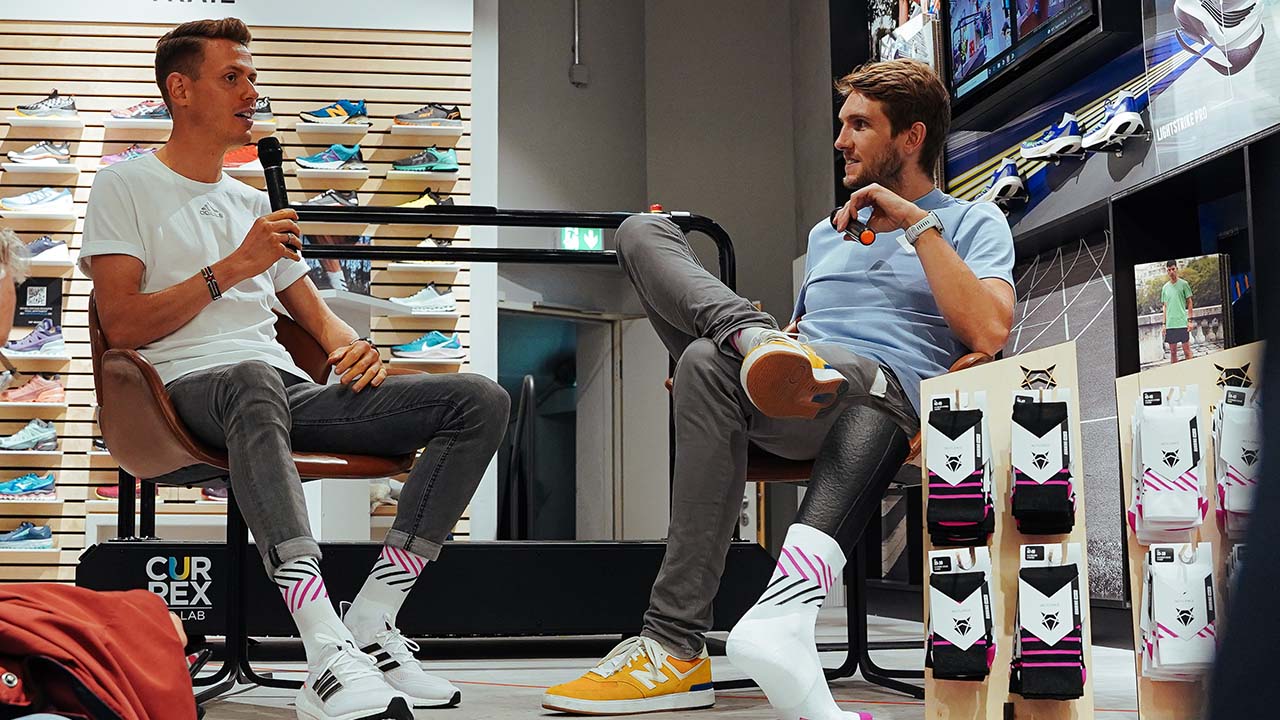 Top4Running ambassadors and staff traveled from all over Europe to Barcelona (Spain) to run the half marathon as the "Blackteam". There was a unique experience with a tent in the VIP area and the Elite Start Zone for the whole team. 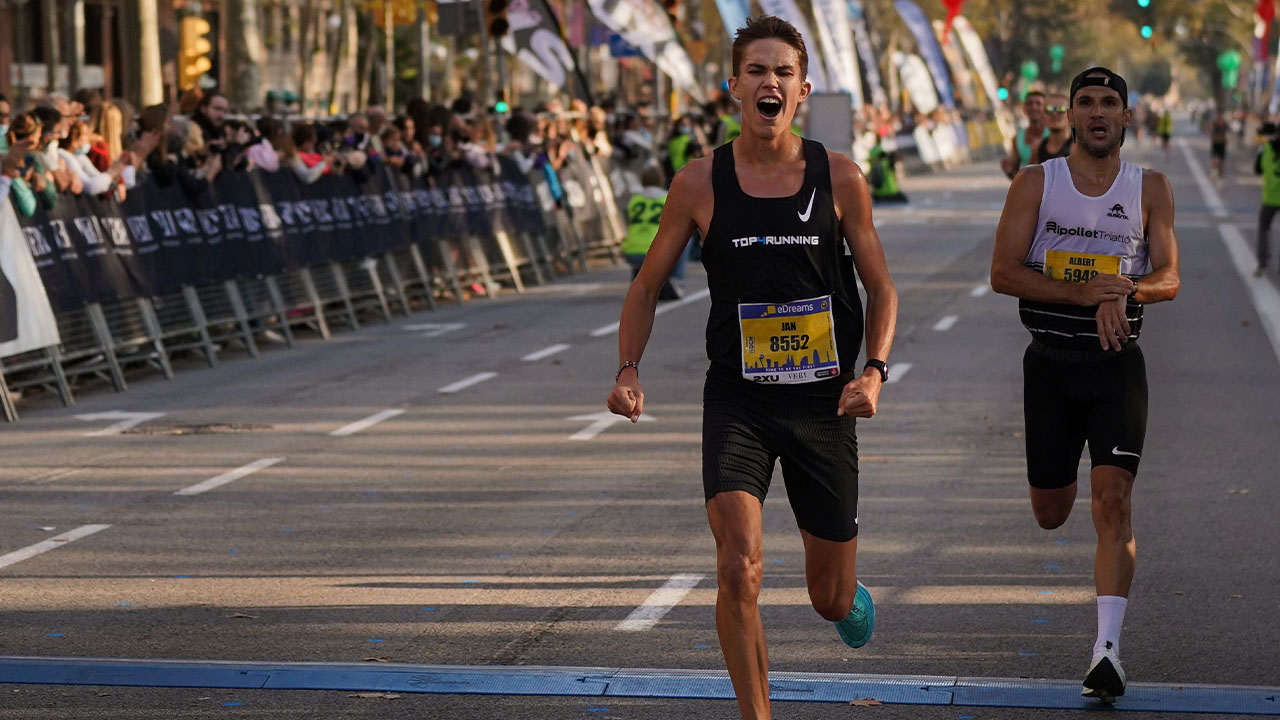 It was time to spread our brand message #GoFasterTogether in the world. What better way to do it than at an epic marathon: Attacking your personal best time and standing together at the starting line to complete the course?

Our mission? To help nine runners from our team achieve their personal bests together. A total of 35 pacemakers were there, taking turns every 10-20 kilometers to help the runners reach their goal all together. At kilometer 40, they all united for the last two kilometers. A unique feeling! 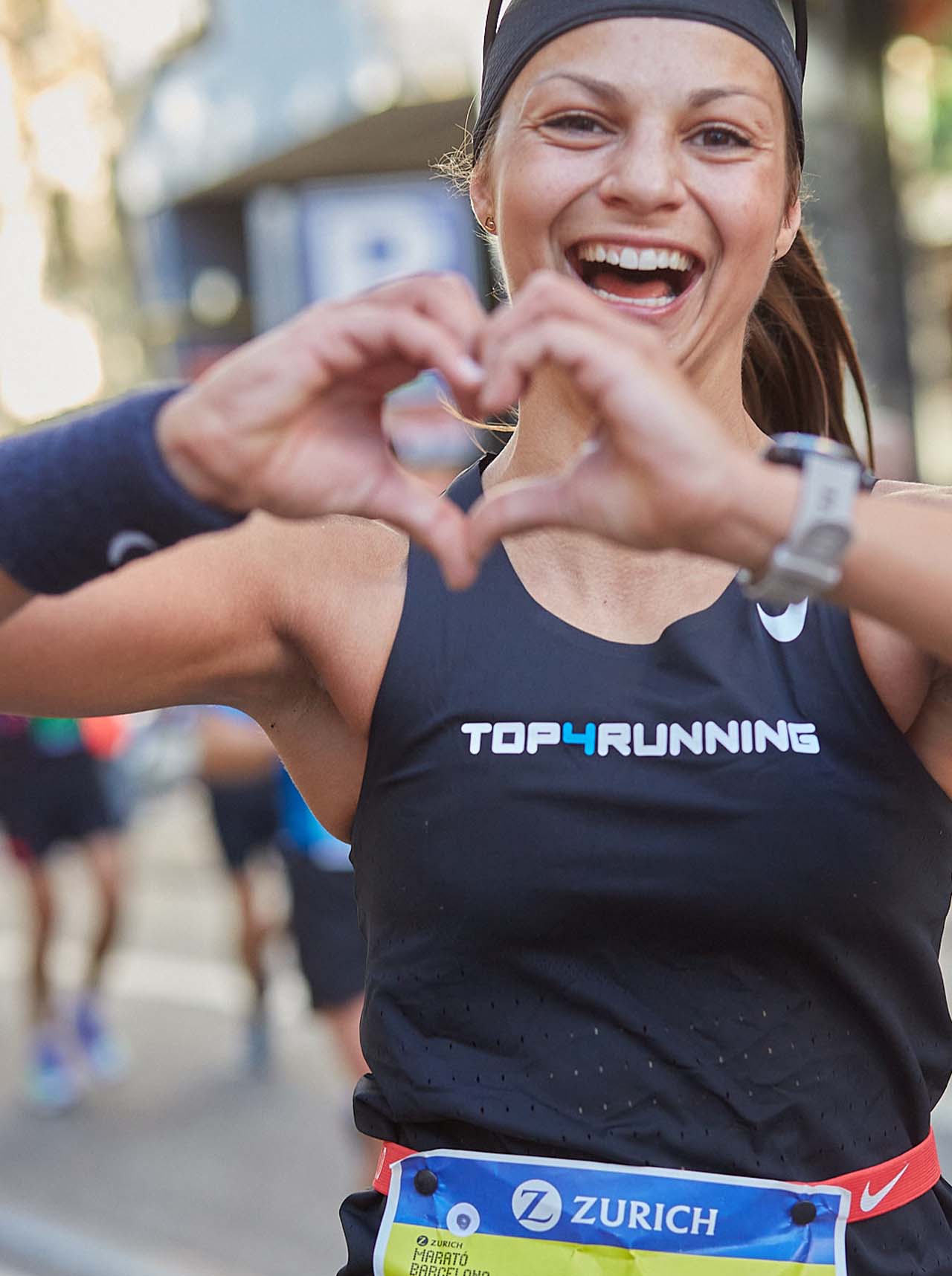 "Beat the best" with Currex

The next top event in our flagstore! Currex founder Björn Gustafsson himself was looking for the runner with the best running economy in Berlin. And athletes of the Berlin Track Club joined us. 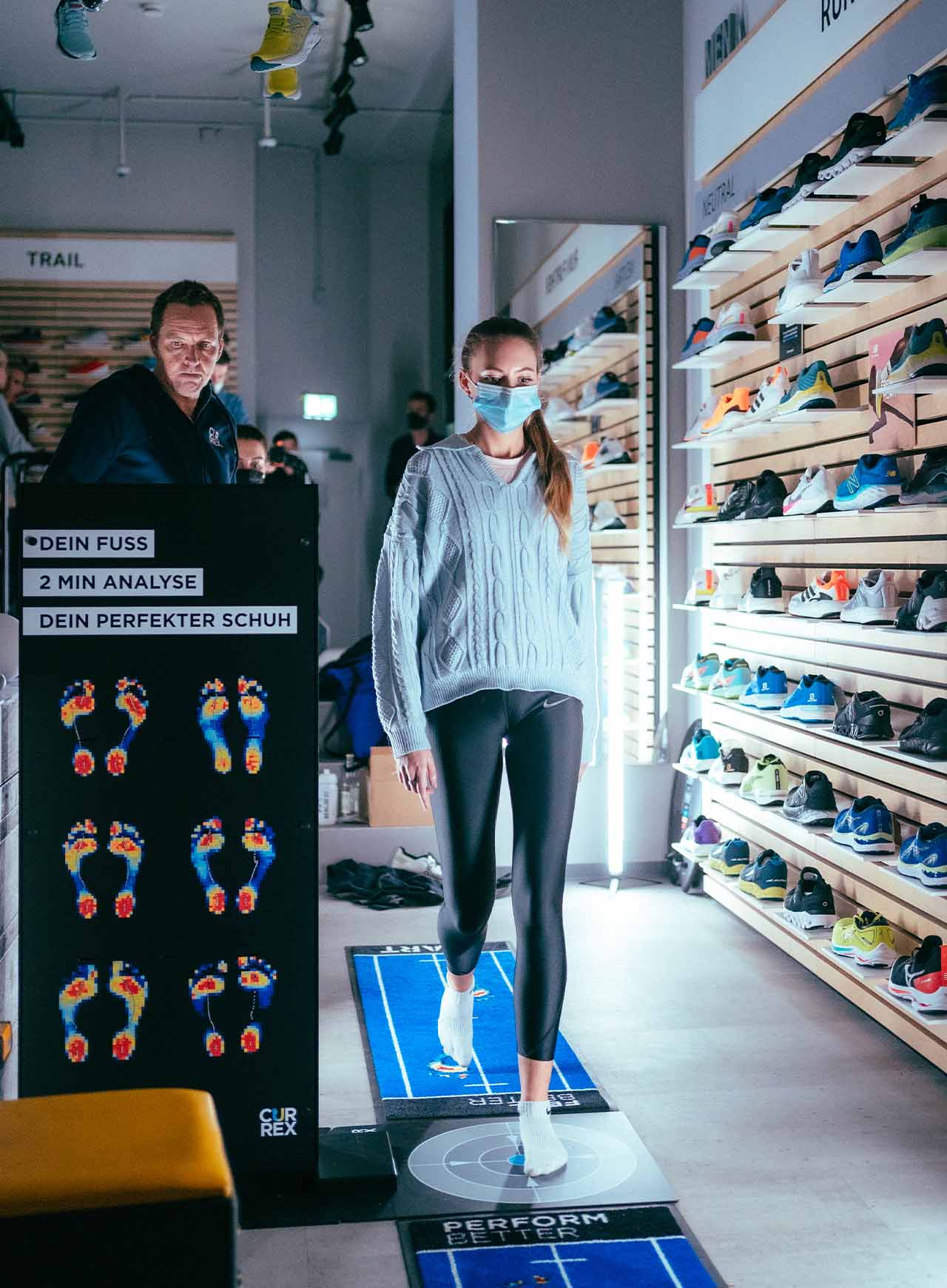 Raceday for the Blackteam! And what a day it was! Our team made it to all the podiums in the men''s races with Mustapha and Mael from France, and Marino from Croatia. And our women's Blackteam just barely slipped past the podium, finishing in fourth place. In addition to this, our store boys Noah and Robel delivered a strong run. 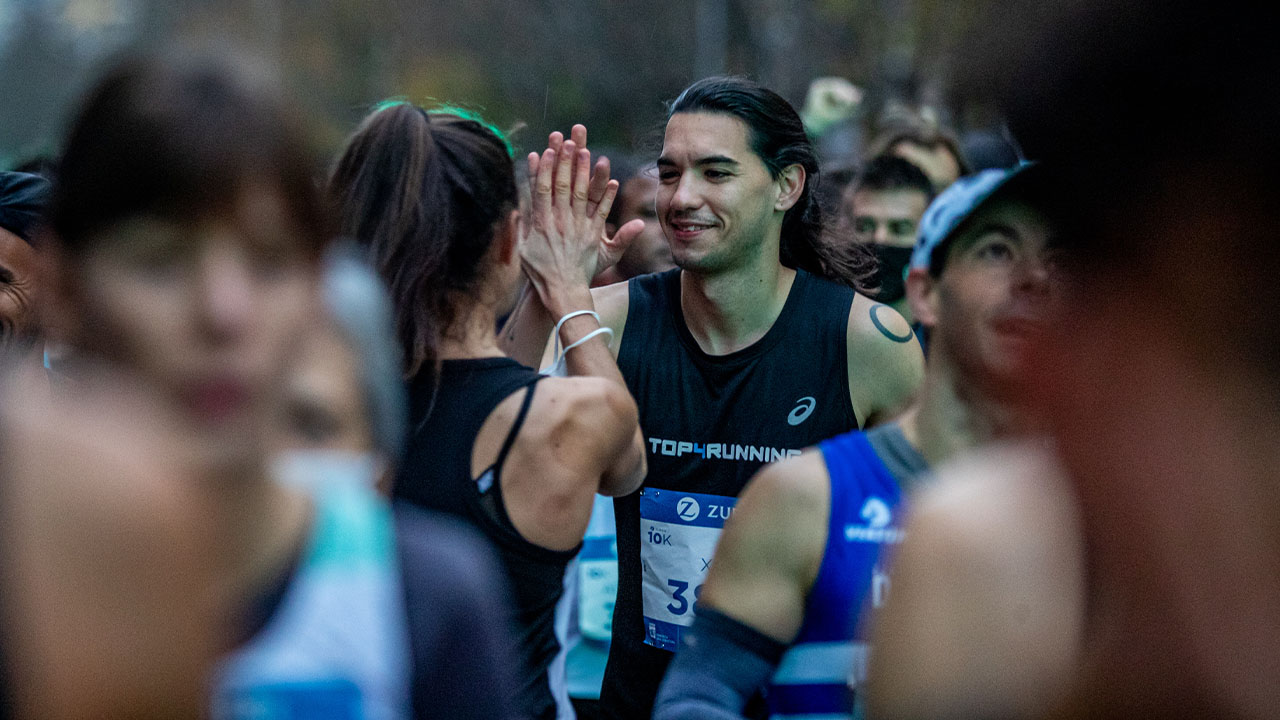 In the upcoming season we will equip the athletics department of "Eintracht Frankfurt" with our Nike club collection. The partnership was presented by top athlete Carolin Schäfer, among others. 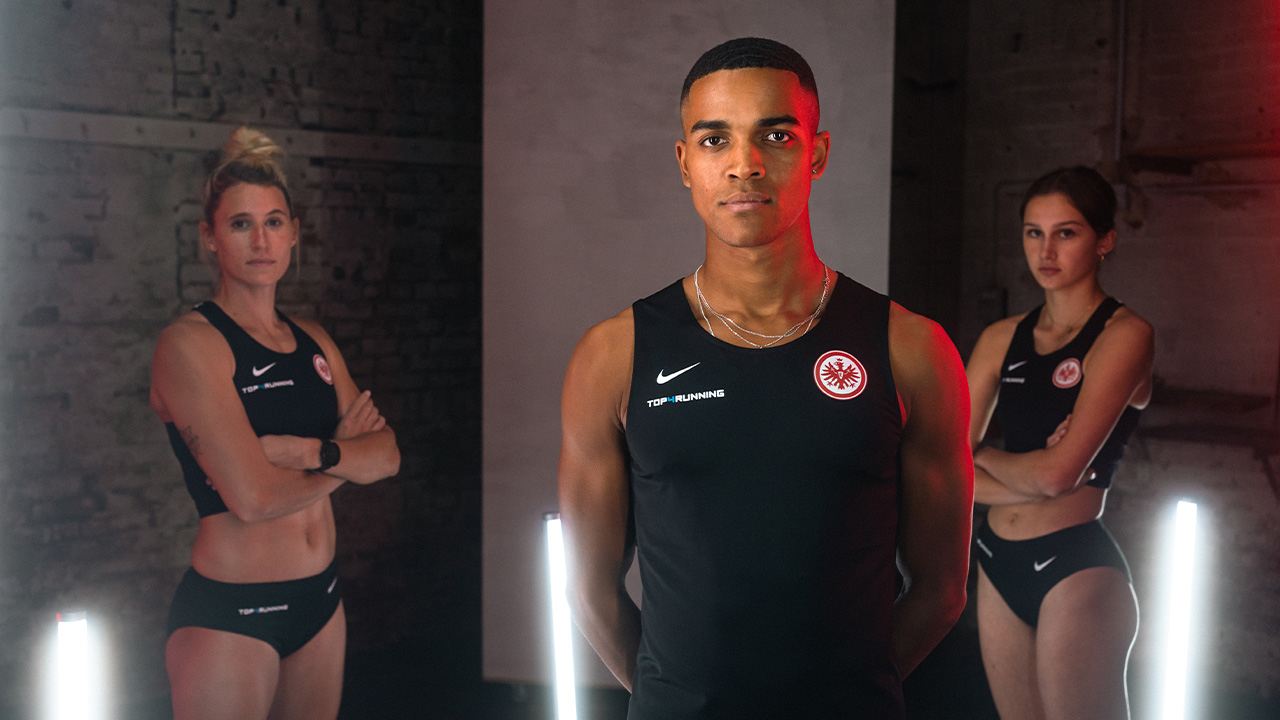 You want to equip your club as well? Contact us!

The last international running highlight this year was the European Cross Country Championships in Dublin. Florian Kurrasch was also there for Top4Running and was able to capture emotional pictures. You can find everything worth knowing in our blog. 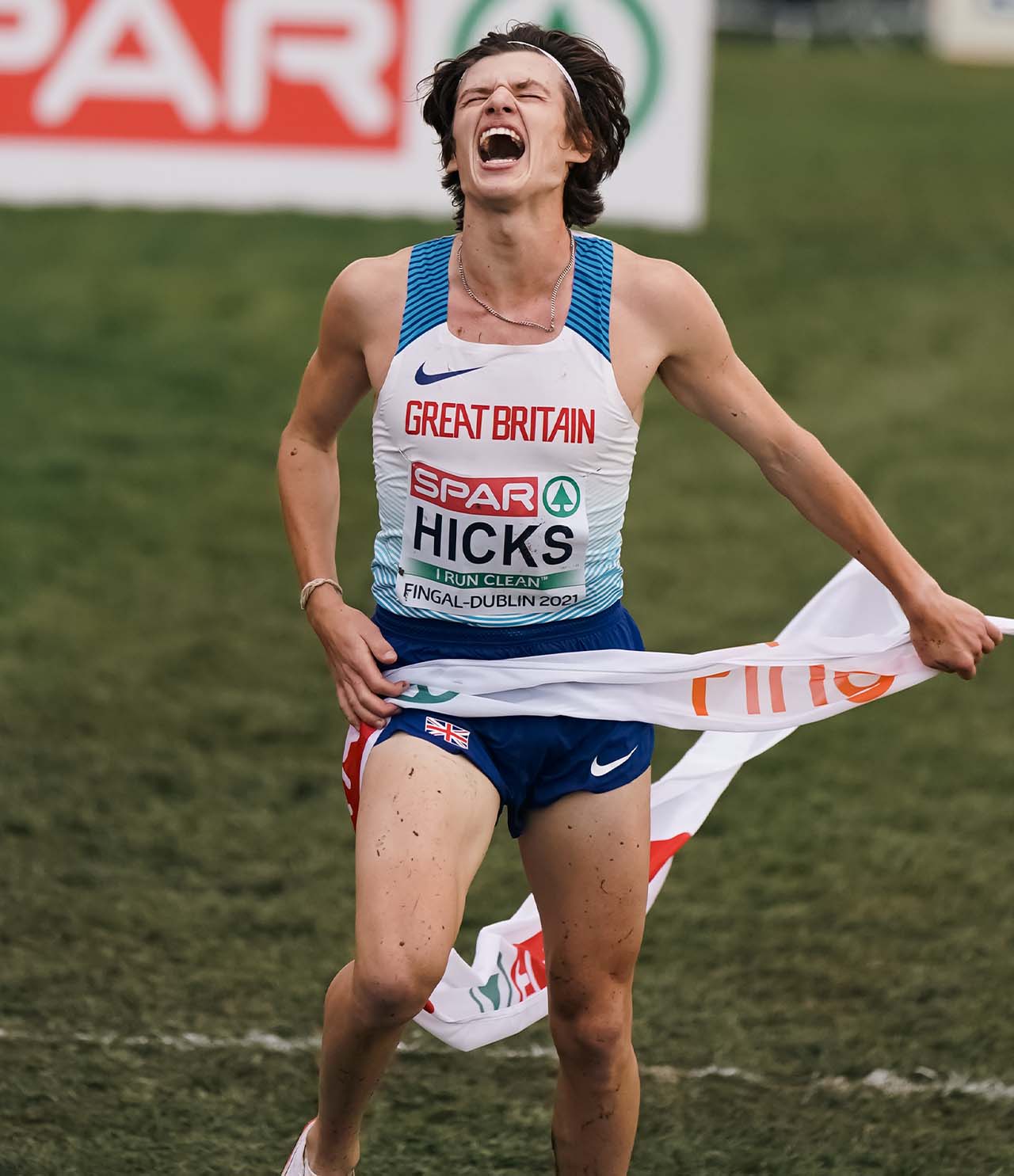 Back | Next
We write about running

Nike's fastest shoe, the shoe Eliud Kipchoge sensationally broke the marathon mark of 2 hours with, has been improved…

For the first time ever, Top4Running was the top sponsor at the ASICS Austrian Women's Run. A packed weekend full of…